Home About Us Our Team 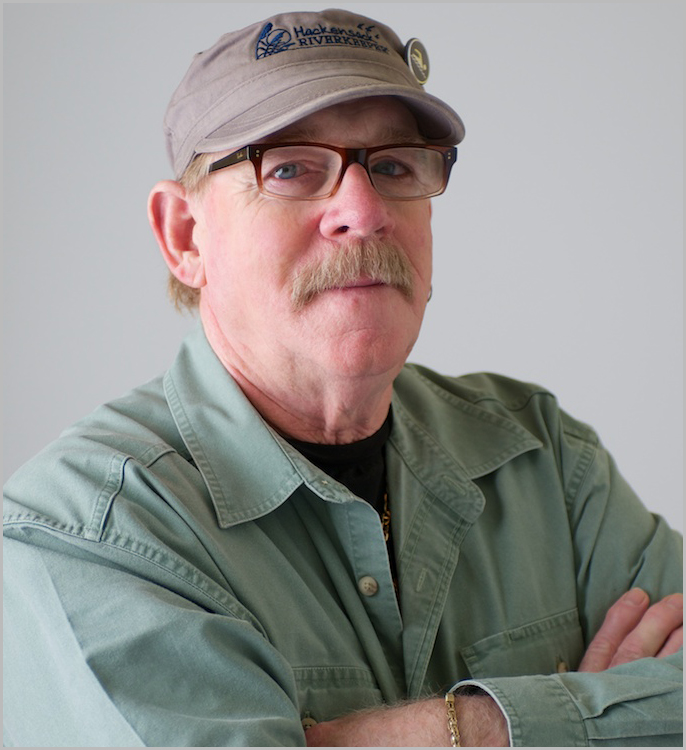 Captain Bill Sheehan is a lifelong resident of the Hackensack River Watershed region, having lived most of his life in Union City and Secaucus, New Jersey. He is the dedicated conservationist who founded Hackensack Riverkeeper in 1997 and continues to serve as the organization’s Executive Director.

Captain Bill, as most people know him, holds a 25-Ton Launch/Tender Master’s license from the US Coast Guard, which he first earned in 1995. Since then he has commanded a series of Riverkeeper research vessels including the Queen Mary E, Robert H. Boyle, Edward Abbey; and currently the Geraldine Theresa. It is from the helm of a boat that Bill does his best work: advocating for, educating about, and patrolling the Hackensack River. And he does so six months out of each year.

In addition to his tireless work in our office and in the field, Bill serves the greater good of our watershed region in many other ways. He is a founding and longstanding member of the Bergen County Trust Fund Public Advisory Committee, and current Chair of the Meadowlands Conservation Trust; the latter being the agency charged with acquiring, holding and managing conservation properties in the Meadowlands and throughout the Hackensack River watershed.

Hackensack Riverkeeper is a founding member of Waterkeeper Alliance, the international coalition of over 300 clean water advocates working on, along and for waterways across the globe. Captain Bill currently serves as the Northeast regional representative on the Waterkeeper Council, one of the Alliance’s governing boards. He is often called upon to mentor rookie Waterkeepers – a job he very much enjoys.

Bill is in great demand as a conference presenter and knowledgeable speaker who will travel almost anywhere to share the river’s ongoing story to audiences large and small.

Both Captain Bill Sheehan and Hackensack Riverkeeper (the organization) have been recognized for their work on numerous occasions by media, government and the environmental and business communities. Proof of that is on the plaques and awards that fill the walls and line the shelves at 231 Main Street.

When he is not conducting Eco-Cruises, chairing meetings, or otherwise advocating for protection, preservation and restoration of the Hackensack River Watershed, Captain Bill enjoys rock and roll music, watching movies with his longtime girlfriend Mary Ellen, and (of course) casting a line into his favorite river. 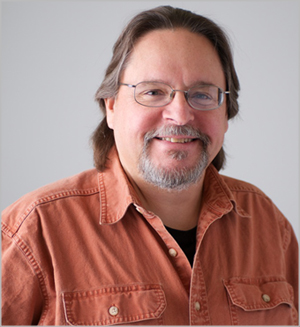 Captain Hugh Carola graduated Ramapo College of New Jersey with a BA in Political Science in 1980. During the late 80s he took up birding and developed an avocation as an environmental advocate that included ten years’ service as president of the Ramsey, NJ-based Fyke Nature Association (1993 – 2002). In 1998 he co-founded the Bergen Open Space Coalition, which established the Bergen County Open Space, Recreation, Historic and Farmland Preservation Trust.

Hugh’s avocation led to a career change in January 1999 when he left retail management to volunteer full-time at Hackensack Riverkeeper. In July 1999 Capt. Bill Sheehan selected him to serve as Coordinator of the Hackensack Meadowlands Preservation Alliance. Under his leadership, that ad hoc group grew tenfold from twelve to one hundred twenty member groups by January 2001 when its work was deemed complete.

That same month he joined the staff of Hackensack Riverkeeper as Program Director. In June 2002 he earned his 25-Ton Master’s License from the U.S. Coast Guard. Each year he conducts upwards of 150 Eco-Cruises aboard the 30-foot research vessel Robert H. Boyle II and oversees environmental programs that engage over 10,000 people each year. Hugh is also Riverkeeper’s wordsmith, writing or editing the majority of the organization’s official correspondence. Additionally, he leads the Hackensack RiverCreepers in the World Series of Birding and administers the Ron Vellekamp Environmental Scholarship.

He’s Fyke’s Land Trust Director; an active member of the Hudson River Chapter of Ducks Unlimited; and a Trustee of the Alliance for New Jersey Environmental Education (ANJEE). Hugh served two terms as ANJEE president (2012-13 and 2014-15) and received the group’s Outstanding Environmental Educator award in 2005.

Hugh’s wife Dorothy teaches high school in Newark, NJ. They have been married since 1984 and live in Maywood, NJ. They have two grown, married children: Daniel and Andrew. The empty-nesters spend their summer vacations each year birding, hiking, boating and enjoying nature & history in New England and Canada. 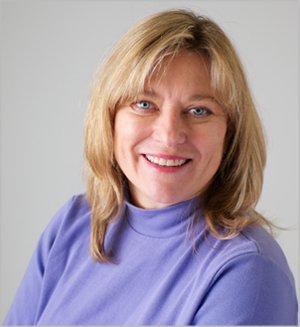 Jodi found her way to Riverkeeper in 2010 after several years as an art director and design manager in educational publishing. She is a founding member of the Coalition to Preserve the Palisades Cliffs, a former Sierra Club group chair, and a strong advocate for urban parks and open space.

Jodi runs the Urban Watershed Education Program, which introduces hundreds of urban middle school students to their river, pollution and the environmental issues which affect their communities. In addition, she is developing a 26.2 mile-long Hackensack River Paddle Trail. She is also working to reestablish traditional migration and spawning grounds for river herring through the creation of a fish ladder at the Oradell Dam. “Developing places for people to recreate along the river, creating an opportunity for fish to return to their historic spawning grounds – these are things that add value, interest and delight to the Hackensack River. It’s all part of a process to bring these urban areas back to places of wonder. I find this exciting and am proud to be a part of it,” said Jodi. “Working for Hackensack Riverkeeper combines my love of the outdoors, being on the water, and my passion for a clean environment.” 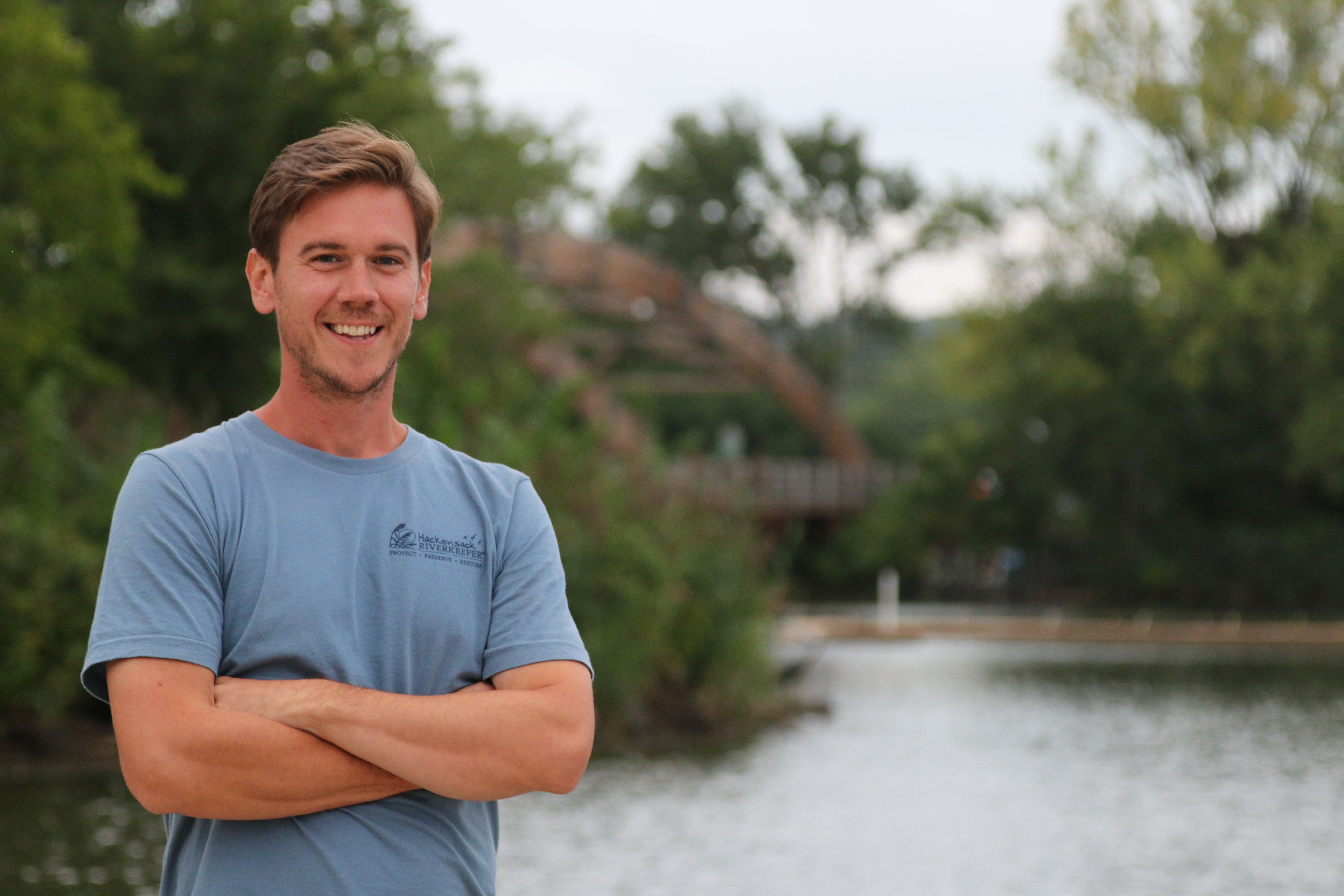 Tyler Tierney joined Hackensack Riverkeeper in August 2021. In 2020, he sought a career change more aligned with his passion for nature and attained the role of AmeriCorps Watershed Ambassador, where he served under Hackensack Riverkeeper’s supervision. Tyler promoted environmental awareness through educational presentations and direct community involvement. In addition, he surveyed the water quality of local tributaries, conducting visual and biological stream assessments within the Hackensack River Watershed.

Tyler’s natural care for the environment and his love for the Hackensack River enabled him to succeed in this role. Immediately following his graduation from the AmeriCorps Watershed Ambassador Program, he was offered the Outreach Coordinator position. In this role, Tyler oversees 1,000+ member volunteer corps, coordinates the River Cleanup Program and Reservoir Paddle Series, and several other outreaches and volunteer initiatives. He also maintains the social media and email presence and closely assists with press releases and other public outreach efforts.

Tyler earned his bachelor’s degree in Business Administration from New Jersey City University. He is an avid nature-lover and enjoys outdoor activities of all kinds, including (but not limited to) hiking, birding, camping, kayaking, snowboarding, and saltwater fishing. 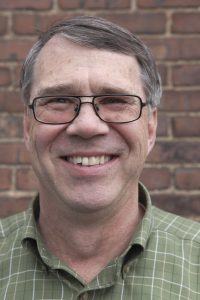 Mike joins the Riverkeeper with an extensive background in volunteer conservation fundraising and development. Mike has been involved with Ducks Unlimited for over 28 years and served in many local capacities within New Jersey including State Chairman. Also, his experiences serving on the National level as a member of the Board of Directors, National Development Committee, Membership and Event Management Committees bring a board range of expertise to our staff. In addition, Mike has been elected to the Alumni Board of Directors of Bergen Catholic High School and has been involved throughout the years with the Development Office. His passion for the environment and especially our local estuary has enabled Mike to continue the mission to protect and enhance the river so we can enjoy it’s pleasures for many years to come